My first holiday on an English Canal walked with simple ease straight into my heart and settled in. Gliding slowly through countryside and hills in an old Narrow boat was heaven that week, it still lives vividly in my mind.

For those who don’t know, I want to give a brief outline of how this wonderful Canal system came about, its original purpose before people like myself sought them out for peace and relaxation.

The first Canal ( Bridgewater ) opened 1761; the golden era of the canals was 1770 – 1830. During this era most bulky transport took place on the canals, e.g. cotton, coal, steel. It was considered quick transport although even today the max speed is 4 miles per hour. Originally the boats were drawn by horses on the “Towpath” with long ropes attached to the boats.

The Canals were built by hardworking men with pickaxes and shovels. As you can imagine this was a very hard work; the photo below shows a typical scene of the time. Most workers were Irish.

The network was originally called Navigations and the men working and digging these ‘navigations’ got called “navvies”. These very same “navvies” were also the ones digging and building the railway system that came to mean the death of the Canals as viable transport systems. Sadly the Canal owners lowered the wages to the “navvies” as the rail system grew, thus it came about that the navvies and their families started living in rather cramped conditions on the Narrow boats as money were short.

The rescue of the Canal system came from people who saw the potential of opening them to holiday makers. Today this is a big and very popular venue for holidays. The Lancaster Canal, which I had the honour to travel, was a have a haven to me and if you still have time; please find below my my poem from this trip.

A Heron following, so near
a beautiful winged friend,
Breathtaking as he lifts to the sky.
Powerful beauty at ease,
knowing itself.
With grace he returns.

The diesel engine’s comforting sound,
a counter point
The heart beat of the ‘Narrow boat’,
In harmony with nature’s own song.

Unveiling to me as we move on,
Clarity and light.
Chattering thoughts disperse
as onwards we both fly,

The Heron and I.

All photos except “the Navigation men” by miriam ivarson.

21 thoughts on “THE NARROWBOAT” 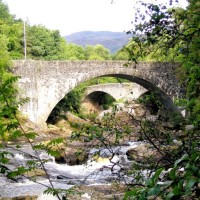 Bringing to you the undiscovered

Voices from the Margins

A welcoming space for resistance to the forces of oppression and hegemony.

Photos, art, and a little bit of LIT.

as opposed to a “not thinking chitalia”

Taking the journey, bumps and all

Micro of the Macro

Recognizing & appreciating our oneness with Nature

The World According to Siri and Selma

Words are art on paper, and for me they are the seeds of my soul.

Through The Cracked Window (Revisited)

the world turns on a word

From Where I Stand...